Lips, and Tragus’, and Navels, Oh My!

By Jessica in Our Blog with 0 Comments

I am so excited to write this blog regarding Elan Vitale’s body piercing options – which, in this writer’s humble opinion, is one of their very best skill sets – because piercings get such a bad rap, and honestly, you guys, that just isn’t fair. I have a total of five piercings: two on each ear lobe, and a nose ring (which I am SO in love with). I used to have sixth, my bellybutton, but let’s just say pregnancy did NOT agree with it at all so, sadly, it had to go. Anyway, I digress. I know I don’t have very many compared to some of you diehards out there; but, trust me, if I didn’t have five tiny pairs of hands grabbing at me all day, I probably would consider getting another one two on my upper ears.

I got my nose ring when I was sixteen and love it just as much now fifteen and a half years later as I did the day I got it. When I got married, my mother asked me if I’d be taking it out now (I still can’t see the correlation between marital status and piercings, but whatever). I just laughed and said, “No, never.” She asked again when I was pregnant with my first child (Still confused as to how my nose could somehow contaminate my transition into motherhood). I’ve been happily married for almost eleven years, and I love my five babies to the moon and back, so, just in case anyone was wondering, my nose piercing has yet to corrupt my ascent into adulthood. I’m telling you this anecdote not only because I find it hilarious that my mom, the same woman who never really got along with my nose ring, took my infant self to get my ears pierced mere weeks after I was born, but also to highlight how outdated and ridiculous past notions of body piercings can be.

Ear piercing is pretty much a ‘Rite of Passage’ for baby girls. Heck, I took my own daughter to get hers done when she was three months old (before anyone gets their knickers in a knot, she slept through the entire ordeal, never made a peep, and loves them to this day). However, it seems any piercing past the ear falls somewhere on the mild-moderate-severe taboo spectrum – especially facial piercings *insert scary music and some 1950’s dad lecturing that, “You’ll never ever get a job!”* Yikes. Let’s all take a seat and calm down. This is not the 50’s. Heck, it isn’t even the 90’s (from whence my beloved nose ring came). You don’t have to go down a scary set of stairs into some random lady’s basement filled with loud music and cigarette smoke to get your coveted piece of body jewelry like I did way back when. It’s 2017, and even though this year kinda sucked (admit it), at least you can adorn yourself however you please in an hygienic, friendly (smoke-free, I promise!), professional environment.

Nothing is off limits in the piercing studio at Elan Vitale, a beautiful, serene spa and salon in the heart of the Niagara area. No need to be shy, just ask! Their dedicated staff have the utmost respect for your privacy and piercing satisfaction. They will patiently and knowledgeably walk you through the procedure and make sure you are well briefed on the aftercare and the amount of healing time you can expect (Unlike my nose ring experience. Put your smelling salts away though, I lived). Oh, and when you’re at your next job interview, make sure to compliment your future employer on their awesome piercings because, it’s almost 2018 people, I’ll bet you a ‘medusa’ she has some. 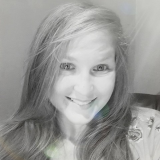 Jessica is an author and website content writer who lives in the Niagara Area with her husband and five children. She loves writing almost as much as she loves her busy, chaotic life. If you have any writing needs, send her an email! She'll definitely be able to help you out. (Email Address: [email protected])